The Otago Regional Council has set up a new working party to focus on the health of all its lakes, one of several initiatives to improve its data and knowledge of the iconic waterbodies.

The Otago Regional Council has set up a new working party to focus on the health of all its lakes, one of several initiatives to improve its data and knowledge of the iconic waterbodies.

ORC’s Chair Gretchen Robertson says Otago is blessed with many taonga waterbodies which are
revered locally, nationally and internationally.

“Our deepwater lakes, Whakatipu, Wanaka and Hawea are very important to our identity, reputation, wellbeing and environment. We must treat these taonga with the respect they deserve.”

She says ORC understands its responsibilities as environmental custodians in preserving and enhancing all of the region’s more than 7000 lakes.

The main points of the resolution adopted was to move to Phase 2 of a lakes management scoping study, and for the ORC’s Chair and Interim Chief Executive to establish a working group, to provide an overall plan for Council consideration to advance a Lakes Strategy for the Region.

The latter includes authorisation to engage with all relevant stakeholders and report progress to the Council, at its meeting on 22 March 2023.

“Today’s Council meeting unanimously resolved that we need to lead on this issue, and not follow.”

“We require a strategy and a plan to protect, preserve and enhance our lakes and recognise their critical environmental, economic and social importance to our region,” Cr Robertson says.

The Councillor members of the Working Group are yet to chosen, Cr Robertson says.

“The terms of reference will include devising a work plan and beginning discussions with the Parliamentary Commissioner for the Environment [Simon Upton] local communities, iwi, neighbouring regional councils and also central government.”

The Council’s endorsement of the proposed Lakes Management Strategy into Phase 2, to begin a scoping study, noted more than 20 of 43 recommendations from Phase 1 were already underway.

Parliamentary Commissioner for the Environment

The working group initiative follows a letter last week to the ORC [attached] from the Parliamentary Commissioner for the Environment, Simon Upton, who outlined local complaints about the “declining health of those iconic lakes”.

“It draws attention to a lack of monitoring on the lakes’ evolving condition conditions and insufficient research targeted at addressing the origins of the problem or identifying mitigation strategies,” Mr Upton wrote.

Cr Robertson says “We welcome the interest of the Parliamentary Commissioner and encourage his continued focus on these iconic lakes”.

She acknowledged Mr Upton’s concerns, noting their timeliness, as recent ORC studies have identified that there is a recent a trend of increased Chlorophyll a presence in Lake Wānaka, a chemical associated with plants; Phytoplankton.

“While these lakes are of an extremely high quality, very small increases in growth is concerning.”

“What is causing this to increase is unknown. While climate effects may be possible, gaining a better understanding about this increase is vital and is of national significance,” Cr Robertson says.

This is an issue that needs to be elevated and deserves national attention and also Government support, Cr Robertson says.

“Doing justice to understanding our large, deep iconic lakes is challenging, precisely because they are huge and deep and climates are also changing,” she says.

Otago has more than 7200 Otago lakes, with 61 lakes of more than 10 hectares in size, 418 bigger than 1 hectare and the remainder being small farm dams or water bodies.

While highlighting the importance of restoration work to lakes around Rotorua, Cr Robertson also highlighted that in Otago, and many other South Island sites, they were also extremely high quality iconic lakes, which need support to remain pristine.

“Collectively we need to fully understand our lakes and to ensure we're caring for them sustainably, so national attention on these resources is warranted,” she says.

Cr Robertson says aside from moving toward a Lakes Management Strategy, monitoring of the Otago’s lakes, rivers and streams has been ramped up in the past two years to more than 100 freshwater monitoring sites.

Recently, two state-of-the-art monitoring buoys were deployed permanently onto lakes Whakatipu and Wanaka, with another pencilled in for Lake Hawea in the near future.

“Any degradation of the quality of these lakes steals from their majestic nature and erodes our own mana,” she says.

She says of the more than 7000 lakes in Otago, most are pristine but there are others, despite their local significance, which have shown signs of degradation, which impacts on their cultural, recreational and environmental values.

“The new Regional Land and Water Plan will include action plans for improving these degraded waterbodies, but waiting has not been an option for many communities already working to make a difference,” she says.

about “perceived lack of leadership” in protecting and enhancing the water quality of these lakes, which may have been “partially accurate in the past, but it is not so today”.

Alongside 106 freshwater monitoring sites and deployment of permanent buoys in several lakes, there has been significant investment in Lake Hayes, of about $3.5 million spread over 10 years, plus ongoing investigation and research into lake snow in Lake Wanaka, and several partnerships formed with local community groups.

“We’re looking for assistance from central government to help us facilitate exactly the type of work you are asking about,” Dr Borren told Mr Upton. 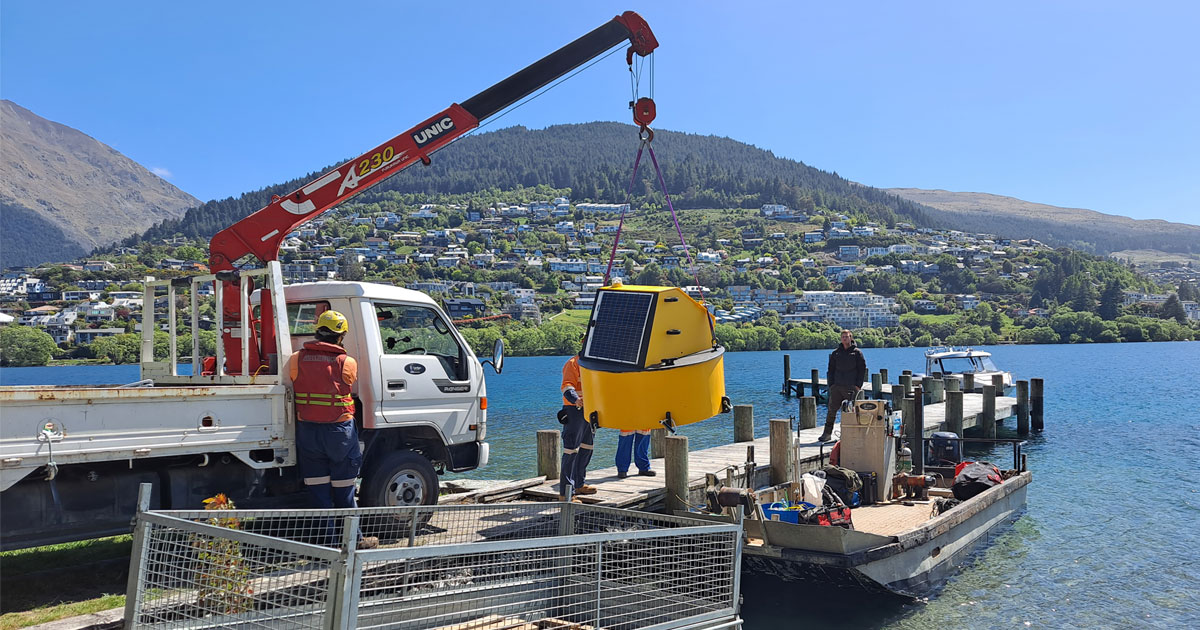 Dr Borren noted ORC is committed to a review of its Regional Policy Statement, which is “significantly progressed” and to the development of a Land and Water Regional Plan, which is “on track” to be publicly notified by December next year.

He says there are specific provisions in the Upper Lakes rohe chapter of the Land and Water Regional Plan which have additional requirements that relate specifically to the areas where the alpine lakes are located, plus an overarching Lakes Strategy which brings together multi agency work programmes; setting an overall direction for the alpine lakes.

In the full Council meeting today, it was decided staff be directed to draft, scope, and investigate the internal and external resourcing required to develop an Otago Lakes Strategic Plan; as part of the 2024-2034 Long-Term Plan process.

Cromwell-based Landpro, contracted in August to undertake the scoping study, rationalised the number of lakes in the study down to 83, to provide a representative cross section of Otago’s lakes.

Landpro developed five lake categories, based on their geographical location/characteristics and the extent and nature of human use.

There are Deep Water Lakes, such as Lakes Hāwea, Wānaka and Whakatipu Waimāori/Whakatipu); Remote High-Altitude Lakes such as Lakes Ōtaka/Lochnagar, Unknown and Ōtākaha/McKellar); Accessible High-Altitude Lakes such as Waiwhakaata/Lake Hayes, Ōturu/Diamond Lake, Glenorchy, Punamāhaka/Waikāmāhaka/Moke Lake); Dams and Reservoirs like Lake Onslow; and Coastal and Lowland Lakes, such as Roto-nui-a-Whatu/Lake Tuakitoto.

In May 2021 ORC Councillors requested a scoping study for an Otago Lakes Strategic Plan be carried out, to “create lake management plans aimed at improving the environmental and amenity values of the water bodies”.

An Otago lakes plan would need to complement other ORC projects, including its new Land and Water Regional Plan and development of integrated catchment plans; as per Long Term Plan 2021-2031. It would also need to complement the Regional Pest Management Plan and navigation safety programmes.

The focus in phase 1 was on confirming whether there is a case for development of an Otago lakes plan. Dependent on that outcome, the phase 2 [agreed to today] would then clarify the purpose, scope and function of a lakes plan.

An ORC executive summary of its Lakes Management Framework at the time noted that it is the region’s leading organisation on freshwater management, biosecurity and navigation.

ORC controls the disturbance of lake beds, water takes and discharges and sets expectations on invasive species controls in lakes and rivers.

Email from Simon Upton, Parliamentary Commissioner for the Environment

Response to Simon Upton, Parliamentary Commissioner for the Environment