Water pollution - should I call the Pollution Hotline?

We often receive reports from our community of pollution in our waterways. A lot of these reports are due to pollution incidents, but sometimes they are naturally occurring phenomena.

These natural phenomena can look harmful with their bright colours and foul smell – however they often don't cause any adverse effects.

Take a look at the different kinds of commonly occurring natural phenomena below.

The phenomena may be caused by real pollution incidents, which we’d like to know about. If you see any of these, please let us know using one of the following methods, so we know where they are and can investigate:

Algae are microscopic organisms that play a very important role in many land and aquatic ecosystems.  They are naturally occurring – and can bloom in waterways near pristine land and heavily used land.

Potentially toxic algae can look like pea soup in lakes and black tar mats in rivers. They can sometimes be mistaken for oil slicks, sewage overflows or paint spills. They are more common during the warmer summer months.

In all cases, please report sightings to the ORC Pollution Hotline. 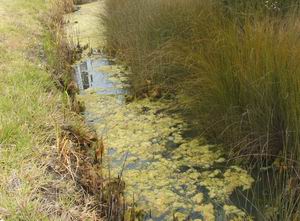 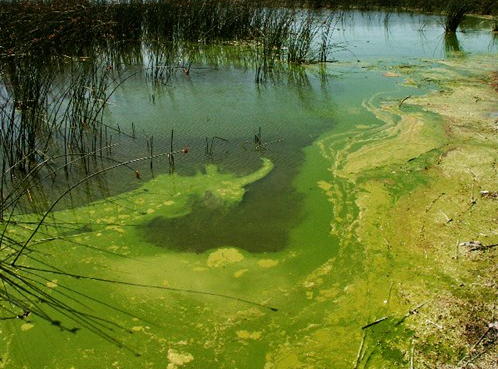 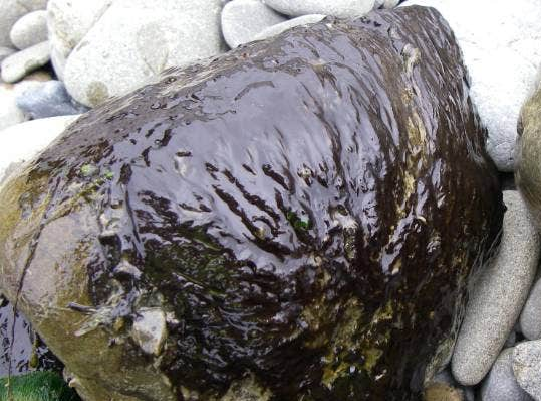 Didymo - also known as 'rock snot' - is a type of algae. It can form massive blooms on the bottom of streams, rivers and lakes, and its spread is highly undesirable. This is why it is important to CHECK, CLEAN AND DRY between waterways.

In Otago, didymo is found in many of Otago’s waterways. The algae attaches to the stream bed by stalks and can form a thick brown layer that smothers rocks, submerged plants and other materials. It forms flowing 'rat's tails' that can turn white at their ends and look similar to tissue paper.

There is no need to contact the ORC Pollution Hotline in cases of didymo. 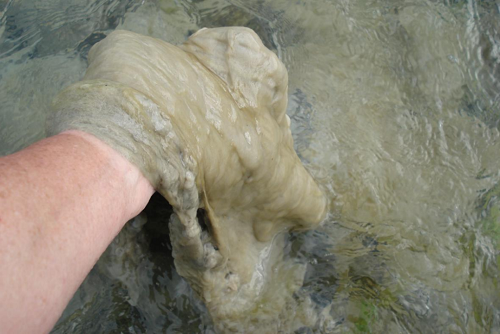 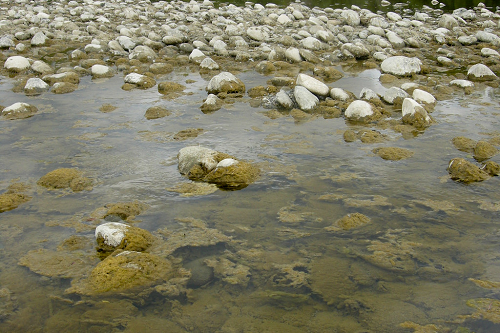 Iron-oxide bacteria use iron present in the water or earth in their metabolic processes. The bacterial breakdown produces iron-oxide deposits: a bright orange, fuzzy growth.

Iron-oxide bacteria often occur in iron-rich water, groundwater seeps and during low water flows. It can often be seen in streams or at stormwater outfalls and is non-toxic and not necessarily associated with pollution.

You do not need to call the ORC Pollution Hotline if you see iron-oxide bacteria. 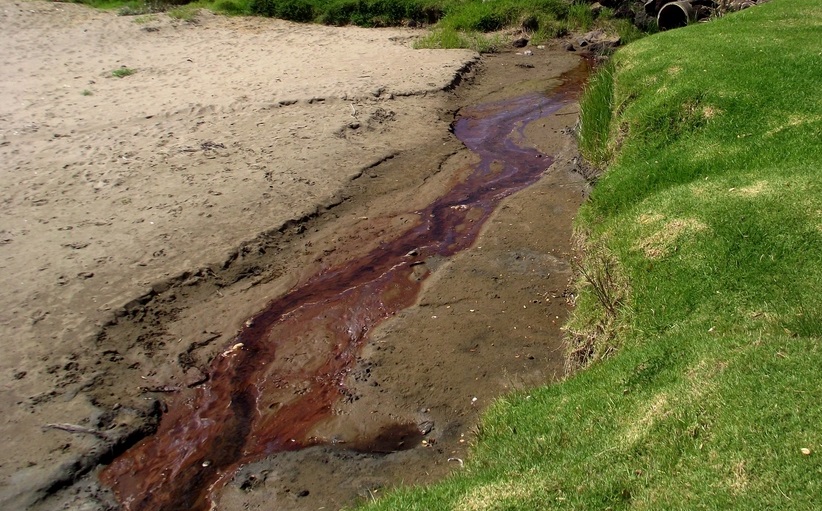 Many naturally occurring phenomena, such as low flows and temperature increases can cause oxygen levels in streams and rivers to decrease significantly. This decrease can drop to a level where the stream can no longer support life. This will cause fish to suffocate and eventually die.

In cases of carcass littering, please contact your district or city council.

Please call the ORC Pollution Hotline so we can identify the cause of the scum. 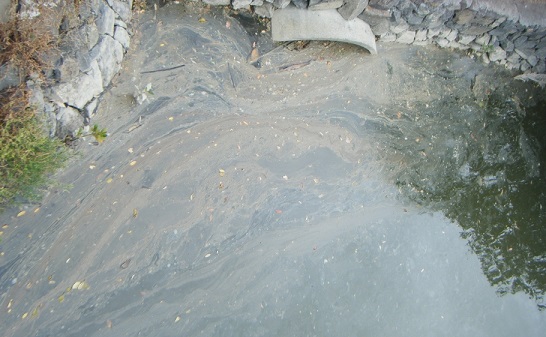 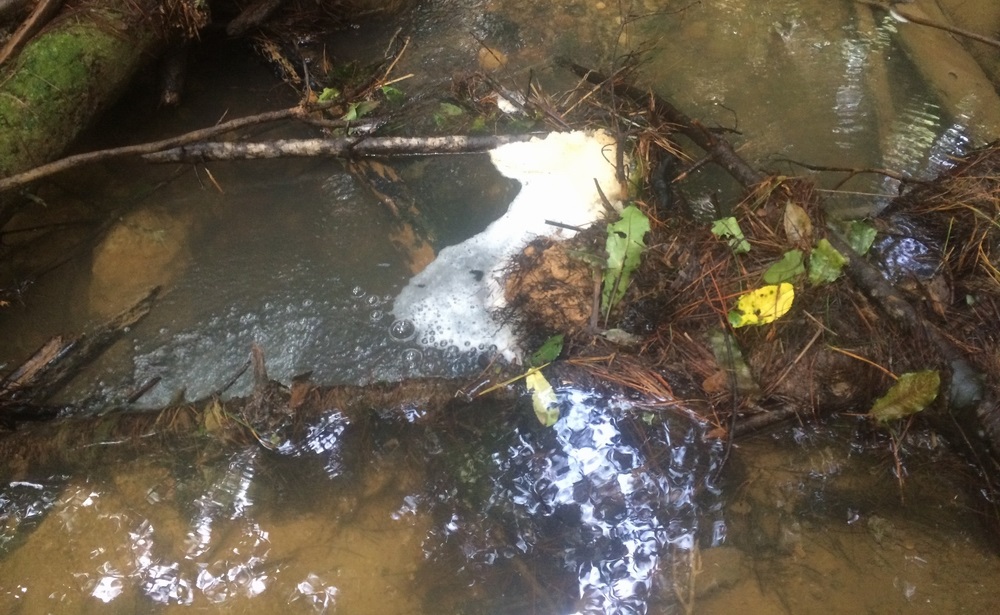 Sea foam occurs around beaches and in surf. It is generally a light brown/creamy colour and can look a lot like a diesel scum or oily layer. It often has an organic smell.

There is no need to contact the ORC Pollution Hotline in cases of sea foam. 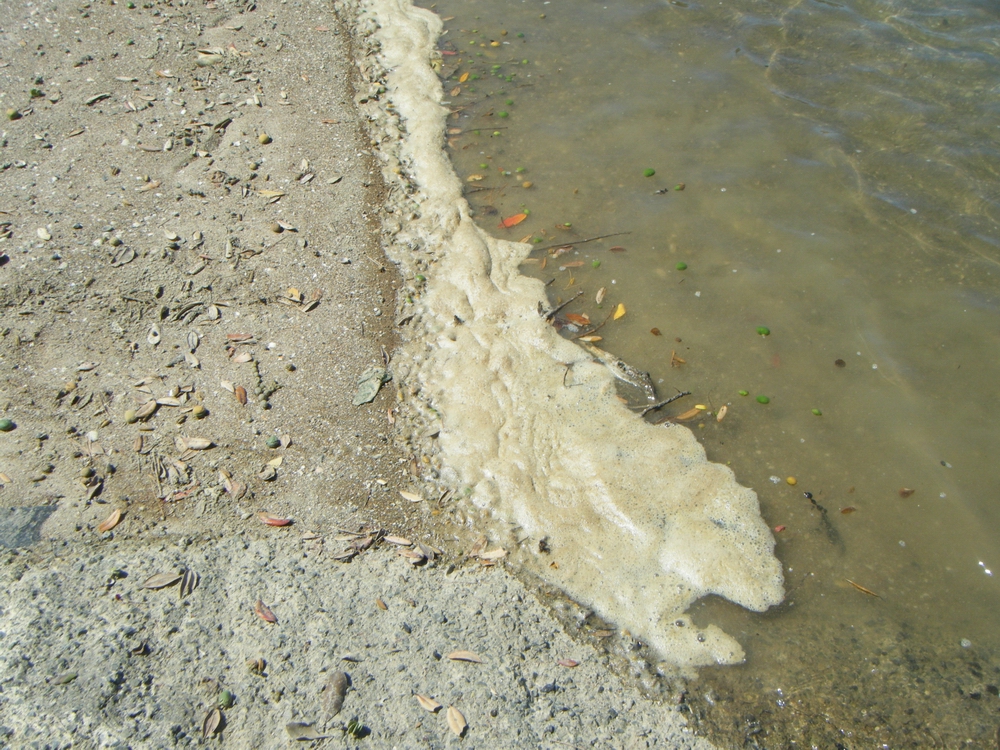 Marine mud, below a very thin brownish layer of sediment, is often black and smells of rotting eggs. It is natural, non-toxic and often found in and around mud flats and estuaries.

There is no need to contact the ORC Pollution Hotline in cases of smelly mud. 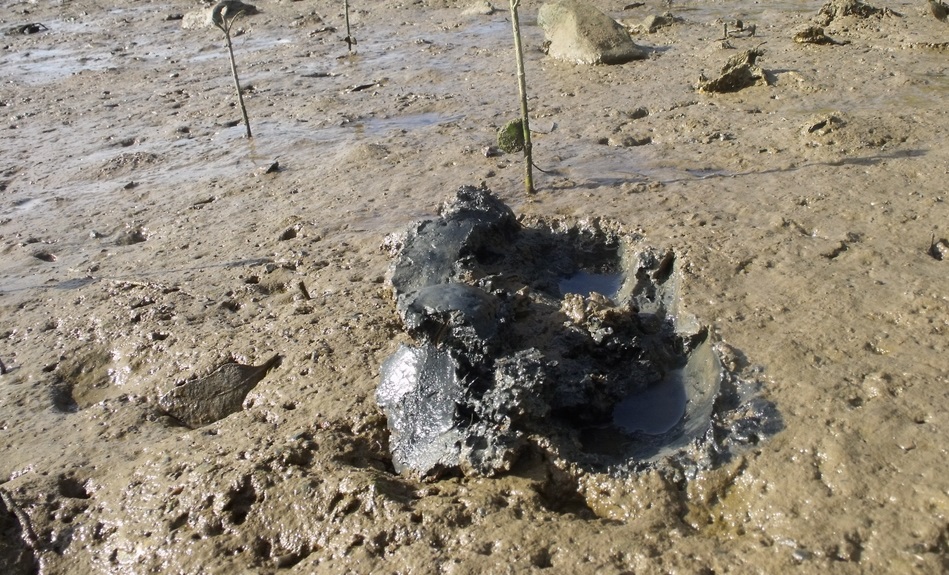 Pollen is common throughout Otago particularly in late winter and early spring when it falls from plants – pine pollen is a common cause. Pollen looks like dustings of powdered sulphur but is easily identified by its lack of smell. Large amounts of pollen on streams and lakes can also be mistaken for paint spills, algal scums or toxic algal blooms. Pollen can be flushed through stormwater systems so look for yellow dust in nearby gutters or puddles and if you can’t see this and think it may not be pollen then contact our Pollution Hotline. 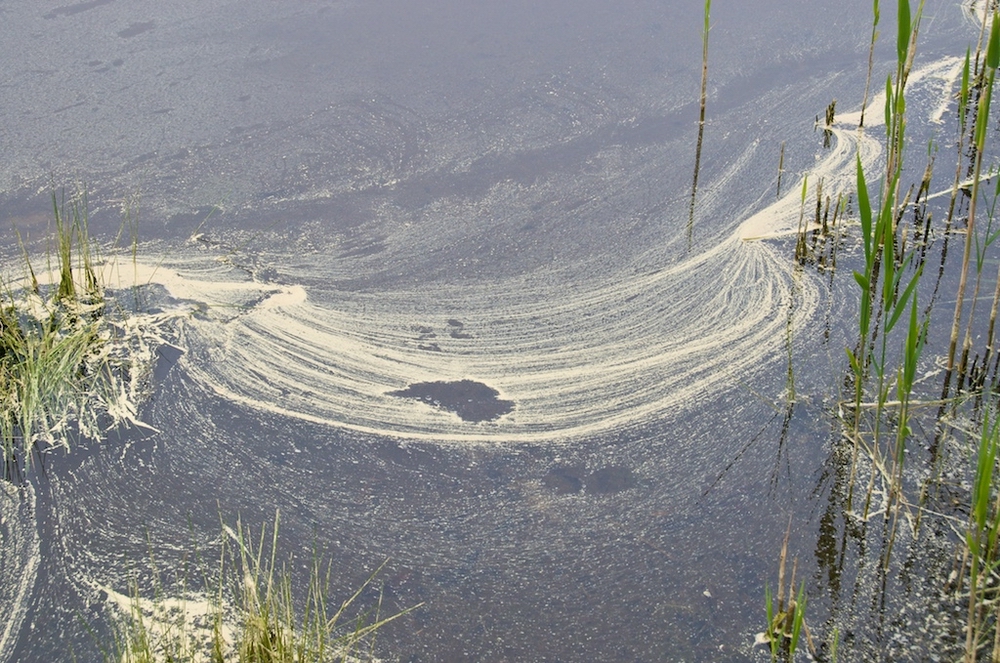 Rotting vegetation often produces a rainbow-like sheen that can be mistaken for an oil slick. This can be relatively easily identified by breaking up the sheen with a stick or something similar – while an oil sheen will swirl, elongate and reform, the organic sheen tends to break into irregular rafts with a mirror-like appearance. 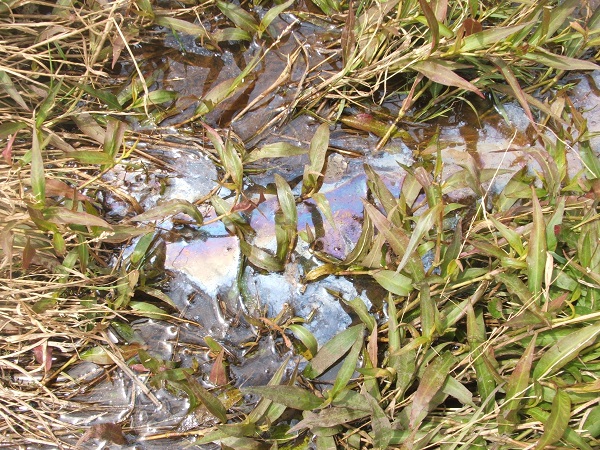 Stagnant streams often occur in the summer – they appear black and are smelly. This is caused by micro-organisms in the water which use up all the oxygen. They happen when there's low rainfall and often when a build-up of sand at a stream-mouth, or rotting vegetation blocks water flow, or with slow draining flood waters. 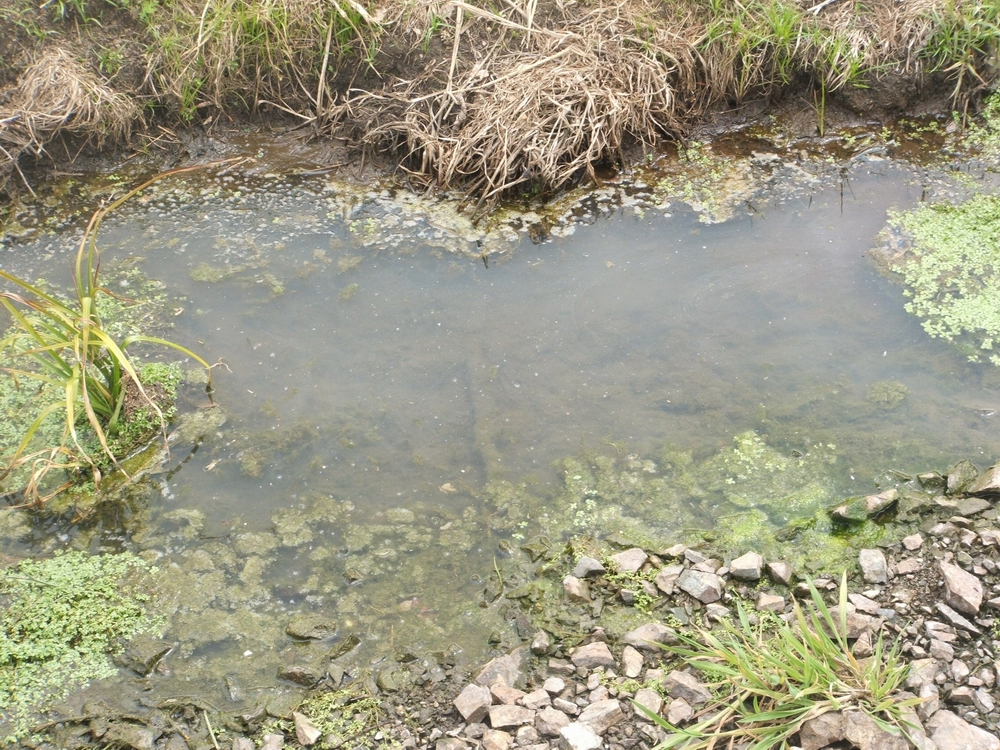 Rotting seaweed and algae is deposited along the shoreline in some weather conditions and can also get deposited in coastal streams. It can have a strong, unpleasant smell and appear black and slimy. It may sometimes also produce a white liquid discharge and be mistaken for sewage. 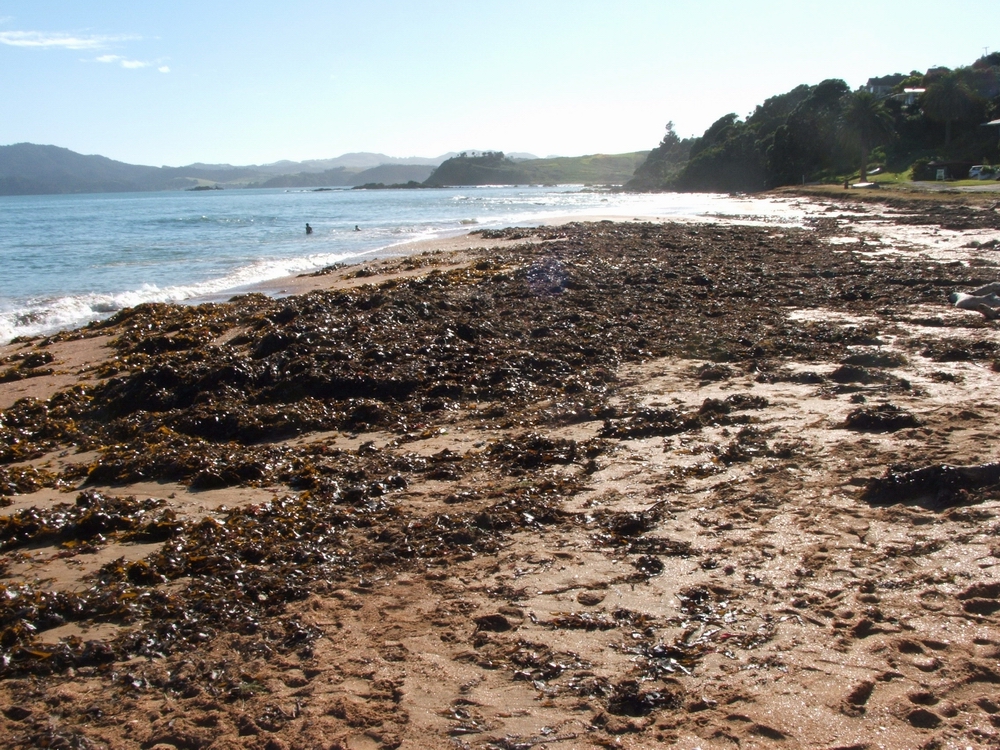 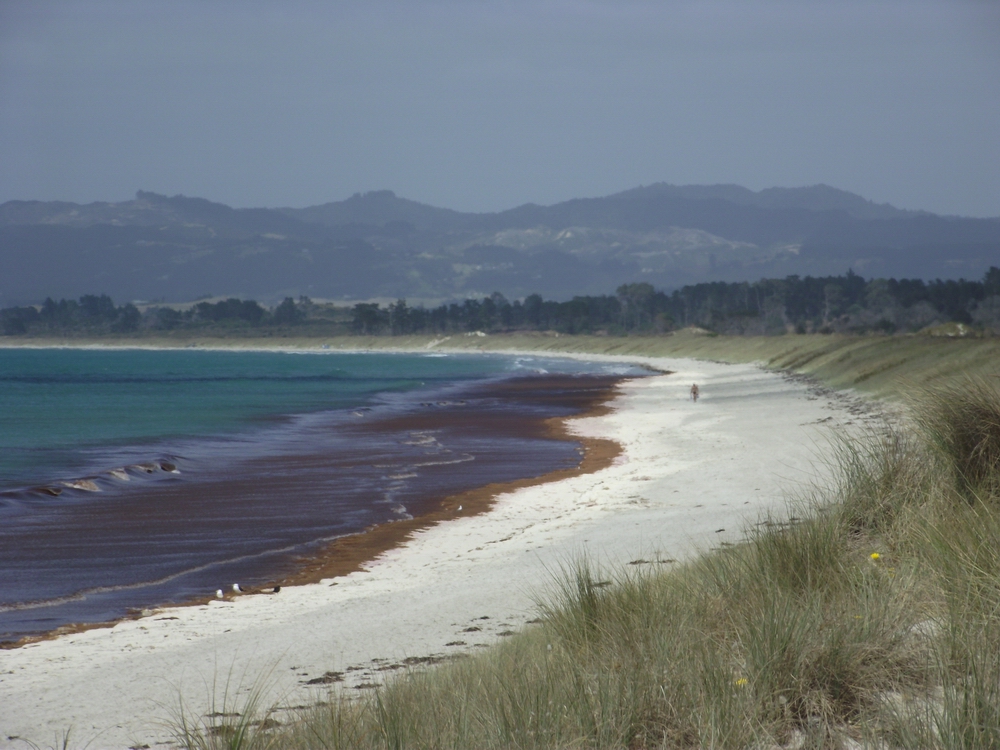 Seaweed can wash up along the shore during certain weather conditions. Source: Northland Regional Council